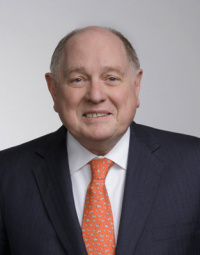 As an Australian neurosurgeon, Brian Kenneth Owler is a well-respected leader in the field. In May of 2014, he was elected president of the Australian Medical Association. Prior to that, he was the AMA’s secretary-general. Since taking the AMA’s presidency, he has been the recipient of several awards.

Dr Jeffrey Brennan is a fellowship-trained, Australian neurosurgeon with a special interest in cerebrovascular diseases, brain tumours, and spine disorders. He graduated from the University of NSW in 1991, where he was awarded a University Medal. He then trained at St Vincent’s Hospital and the Royal Prince Alfred Hospital in Sydney, before completing his Fellowship of the Royal Australasian College of Surgeons in 1999. He also completed an 18-month overseas fellowship in neurotrauma, spinal surgery, and cerebrovascular neurosurgery at the University of Toronto, Canada.

In addition to his surgical expertise, Dr Brennan is a dedicated educator. He is involved in teaching and training future neurosurgeons and is an examiner for the Royal Australasian College of Surgeons. His outstanding achievements have earned him several awards, including being named an Australian of the Year finalist.

Dr Laban is a dual-certified neurosurgeon and spine surgeon who specializes in minimally invasive techniques and state-of-the-art spinal, brain and peripheral nerve surgeries. He uses robotics and computer-guidance to perform minimally invasive procedures.

Dr Laban is a member of the Royal Australasian College of Surgeons and has been trained at Royal North Shore Hospital in Sydney. He completed two Fellowships in neurosurgery and has extensive experience in neurosurgical care. He has also worked as the Director of Neurosurgery at St George’s University Hospital, the largest teaching hospital in the world, treating patients with the most complex neurosurgical conditions.

Dr Laban has extensive training in neurocutaneous syndromes. He collaborates closely with orthopaedic and plastic surgeons and neurologists, as well as clinical geneticists to diagnose and treat patients. His expertise allows him to design tailored treatment plans for each patient, so that the patient receives optimal care and recovery.

Dr Biggs is a senior specialist in the field of neurosurgery. He joined the Royal North Shore Hospital in 1993 as a consultant neurosurgeon. He then founded the Neurosurgical Unit at North Shore Private Hospital, where he was the Head of Department until April 2015. Dr Biggs continues to conduct research and publish in international journals.

Dr Biggs specializes in peripheral nerve surgery, including microvascular decompression surgery for trigeminal neuralgia. He also performs surgeries on the base of the skull. He graduated from the University of Sydney in 1985 and then completed advanced neurosurgical training in Sydney. After completing his residency, he underwent two fellowships overseas in Toronto, Pittsburgh, and Phoenix. There, he honed his skills and advanced his knowledge.

Prof Brian Owler is one of Australia’s most celebrated neurosurgeons. In addition to treating brain tumours, he also treats a variety of neurological conditions, including hydrocephalus, normal pressure hydrocephalus, cervical myelopathy, and lumbar disc protrusion and stemnosis. He is also known for listening to his patients and thoroughly explaining treatment options and expected outcomes.

Brian Owler is a highly respected Sydney neurosurgeon who has specialized in a number of specialties. He practices in Bella Vista, Wahroonga, and North Sydney. His practice has many locations across Sydney and specialises in neuro-oncology, spinal surgery, deep brain surgery, and minimally invasive surgery.

Dr Parkinson is a highly experienced, fellowship-trained neuro-interventional neurosurgeon and clinical director of iSpine Neurosurgery in Sydney, Australia. He has been practicing minimally invasive spinal surgery for over twenty years, and his conservative approach has earned him a high reputation for achieving excellent outcomes for his patients. Dr Parkinson has completed his medical training in Sydney and the US, and he performs spinal surgery at leading private hospitals in Sydney.

Neurosurgeons are trained to treat a range of diseases and conditions, and Dr Parkinson has been practicing in Sydney since 1982. He has extensive experience in all areas of neurosurgery, from general neurosurgery to craniotomies. While his practice focuses on spinal surgery, he is also trained in other neurological specialties, including vascular neurosurgery.